Christmas concert in the Cathedral of St. Mary

of the Warmia and Mazury Philharmonic 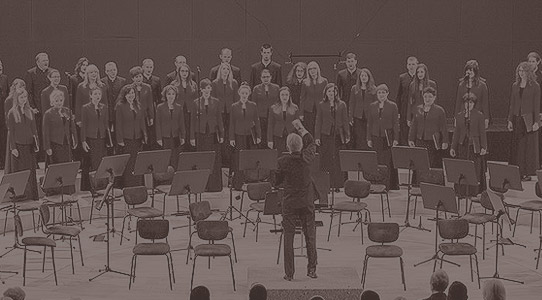 The choir was formed in October 2009 as a group of amateurs by students, teachers, lawyers, and public sector employees. From the beginning, the role of artistic director and conductor is being held by prof. Benedykt Błoński.

During the nearly six years of activity the choir has performed dozens of vocal-instrumental and a cappella concerts, always receiving very complimentary reviews from critics at home and abroad. They performed abroad, among others: several times in Kaliningrad, Grodno (Belarus), Klaipeda and Vilnius (Lithuania), Barcelona and Primorsko. They also performed in Kiten (Bulgaria), where they won the I place on Balkan Folk Festival 2010 in category of mixed choirs and in Lloret de Mar – Barcelona in 2014 where they took part in the 4th International Choir Competition and won the Gold Medals in categories: musica sacra and pop music.